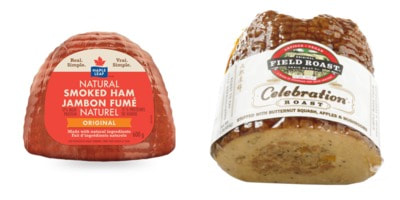 One of the supposed success stories championed by the Good Food Institute concerns Cargill, the largest privately held corporation in the US, one of the biggest agribusiness conglomerates in the world, and a huge factory farm killer of animals.  Recently, Cargill invested in Memphis Meats, a Clean Meat start-up.  According to the Good Food Institute, this is good news.  But is it?

Unfortunately, no.  Supporting meat companies by buying their products amounts to robbing Peter to pay Paul, because it effectively strengthens the very forces that are destroying all animal life on earth.  In the case of Cargill, not only is the company in the direct business of animal exploitation, but its environmental policies are some of the worst around.  In 2012, the Rainforest Action Network, for example, condemned the company for its palm oil plantations, which have resulted in massive deforestation of Indonesia and Malaysia.  (Cargill is the largest US importer of palm.)  As a direct consequence of Cargill's company's, local village communities have been decimated and orangutans have been pushed to the brink of extinction.  And so on.  Is it a good thing, then, that Cargill and other rapacious, ecocidal corporations will soon be profiting from Clean Meat too, in addition to palm, and CAFOs, and all the rest?

Disturbingly, Big Meat and Big Pharma have been buying up all the vegan manufacturers in the last few years--vegan brands like Field Roast, Daiya Cheese, Lightlife, Sweet Earth, and others.  For consumers wanting to avoid harming other animals, this creates a painful dilemma.  Is it better to cast a "vote" in favor of a meat or dairy company's vegan product line by buying that company's veggie burger or soy milk, or is it better to boycott the company altogether?  It feels increasingly like a lose-lose proposition.

It is crucial to look at the problem structurally.  The consumer who buys a vegan Field Roast Celebration Roast, say, is generating profits for Maple Leaf Foods, the biggest meatpacker in Canada, which purchased the Field Roast company in 2017.  Maybe Maple Leaf will use some of the profits generated by that sale to expand its vegan product line.  Or maybe it will use those earnings, instead, to increase its investments in factory farming.  Most likely, though, it will do both things at once.  In fact, this is just what companies like Tyson and Cargill have said that they are doing.

The recycled paper market offers a cautionary example of the fallacy that creating alternative, more ethical products leads inevitably to the phasing out of unethical ones.  Environmentally-conscious consumers will go to great effort to seek out recycled paper products.  But often this means buying products from Georgia-Pacific, one of the world's largest paper manufacturers.  And in 2005, Georgia-Pacific was purchased by Koch Industries, which is owned by the Koch brothers--ruthless billionaires who use their wealth to promote a wide range of extreme right-wing political causes, including government deregulation of environmental protection laws.  In short, every time we buy recycled paper from Georgia-Pacific (GP), we're not just "voting" for recycle paper, but contributing to GP's virgin pulp business and to Koch Industries' ecologically destructive policies generally.  Meanwhile, the company capitalizes on our good will, by charging consumers more money for buying recycled products, not less.  In March 2019, 5000 sheets of Georgia Pacific, virgin pulp copy paper retailed for $51.44, while 5000 sheets of GP recycled paper retailed for $71.22.  (Adding insult to injury, the "recycled" paper in fact was made of 70% virgin pulp.)

"Well," we tell ourselves, "although Georgia-Pacific is bad news overall, by casting our consumer 'ballots' in favor of recycled paper, we're at least nudging the company in the right direction.  Soon, they'll eliminate virgin pulp altogether!"  Unfortunately, that's not how the market works.  To this day, demand for recycled paper remains very small, even decades since the introduction of the first recycled products.  In the meantime, GP and Koch are happy to reap profits both from virgin pulp and recycled pulp, using the profits from both to expand the ecologically destructive Koch empire.  With this experience in mind, it seems reasonable to assume that the creation of a new Clean Meat market, in itself, is not going to lead to the obsolescence or phasing out of meat from animals raised on factory farms any time soon--if ever.  We can expect companies like Tyson and Perdue to embrace a two-track policy of factory farming and Clean Meat, using the earnings from both to grab for greater market share in both areas.

There is another reason to fear the growing influence of Big Meat on vegan and Clean Meat enterprises.  The more Big Meat dominates and controls the market in vegan and alternative flesh products, the more it is likely to de-highlight violence against animals as a public concern.  In fact, we already see this:  vegan product lines are being marketed chiefly in terms of "health" and "sustainability," not compassion for animals.  Cargill and Tyson clearly want to have their CAFO live-farmed meat, after all, and have their customers eat it, too.  So they are not going to engage in advertising strategies that educate consumers about the moral catastrophe that is contemporary animal agriculture--because that would place their bread-and-butter industry at risk.

Supporting corporate agribusiness is thus the last thing that will advance the cause of animal justice.