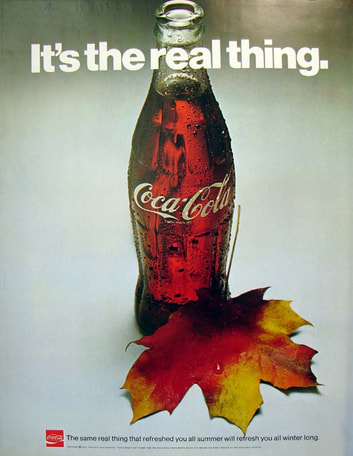 If given the choice, many consumers will most likely choose "real" meat over lab-grown meat

In his 1991 book Meat:  A Natural Symbol, Nick Fiddes described the symbology of meat as a sign and token of human domination and conquest.  It is the very fact that flesh is taken from a living being whom we have deliberately killed that lends meat its unique mystique and power.  Fiddes observed, “even if a perfect substitute for meat were developed, indistinguishable in any respect from the real thing, many meat eaters would be reluctant to swap.  There is just something important about its having come from an animal."

We're about to find out whether Fiddes was right.

Proponents of Clean Meat (CM) argue that once CM products are at the right price-point and of sufficiently high quality, they will naturally out-compete meat from factory-farmed animals.  But one weakness of this strategy is the likelihood that, given the choice, most consumers will still want the "real thing" over the "fake" version.  A recent study found that "43% of people would prefer to eat animal-based foods even when clean meat is the same price. One of the main reasons people are put off is because they perceive clean meat as unnatural.”

For the sake of argument, let's suppose that the costs of producing Clean Meat products are brought low enough to compete directly with CAFO-produced meats, as CM proponents suggest.  Will consumers choose Clean Meat over conventional meat, even then? According to Bruce Friedrich, the Pied-Piper of the Clean Meat movement, the answer is an unequivocal "yes."  To make his case, Friedrich cites research suggesting that consumers buy products based chiefly on the basis of "price, taste (i.e. aesthetics), and convenience."  However, this is a simplistic understanding of the semiotics of commodities--or, to put it in plainer English, of the way that products take on cultural and psychological meaning for us.  Consumers in fact buy products for a variety of reasons, reasons that have to do not only with price and convenience, but also with personal identity, values, social norms, status, and so on.

Therefore to assume that consumers will flock to Clean Meat instead of "real" meat is naive at best.  Indeed, it is almost willfully to ignore the complex cultural associations that have become attached to meat over the centuries--such as romantic tropes of connection to the land and to nature, the cycle of life, rural community, and so on.  Meat is also closely bound up with ideals of masculinity, along with fantasies of power, dominance, and violence, as the feminist scholar Carol J. Adams has shown.

The problem of "authenticity" presents especially acute challenges for the Clean Meat lobby.  That's because "authenticity," "realness," and "naturalness" are some of the most potent tropes in all of marketing.  Consider the effectiveness of Coca Cola's campaign, "Coke:  It's the Real Thing," and the US Beef Industry's campaign, "Beef: Real Food for Real People."

Even if CM becomes more common, most of the public will likely continue to prefer flesh from living animals, due to its association with authenticity, connection to the land, the perceived virtues of farm culture, etc.  In fact, we see this happening already.  Local Harvest, for example, a website promoting small-scale animal agriculture ("Real Farms, Real Food, Real Community" is the byline), refers to Clean Meat as "fake meats," and positions meat from smaller animal farms as better for the environment and for the community:

"[F]ake meats come from a few factories owned by corporations (most of them investor-owned). Real meat comes from hundreds of thousands of family-scale farms contributing to our rural communities all over this.....Do you see the clear difference here? Do we want more colonization of our food supply by venture capitalists or do we want democratized, small-scale farming businesses that invest in and give back to our communities? Do we need more food products that are divorced from nature and continue to erode our connection to it?"

Even cooks and food experts who have no objection to Clean Meat on a philosophical level nonetheless are put off by its synthetic nature.  As the vegetarian chef Brooks Headley told one reporter:  “I don’t have any issue with fake meat, but I think it’s weird, and kind of gross, like cigarettes,” said Headley. “Also, that stuff is just really, really processed.”

When Clean Meat advocates say that with enough money, Americans can be manipulated through advertising into wanting practically anything, including synthetic meat, they certainly have a point (albeit one that speaks volumes about what is wrong with our consumer society).  However, they exaggerate the ease with which cellular meats will be found as desirable to consumers as meats from once live animals.  The mere existence of an alternative to an existing destructive or unethical commodity--even a cheaper one of equal or nearly equal quality--is not in itself a sufficient condition for its senescence. Nor can advertising convince people to prefer a fake to the real thing.

That we are headed quickly into a future not in which factory farm meat has been swapped out for cellular meat, but one in which both commodities flourish, is suggested by the market in synthetic diamonds.

In the late-1970s, researchers achieved a technological breakthrough that enabled humans for the first time to manufacture artificial diamonds in large numbers.  However, despite the fact that Cubic Zirconia diamonds are as brilliant and as durable as real ones, their mass manufacture failed to dampen public enthusiasm for the real thing.  On the contrary, because diamonds are a high-status commodity--their value being ultimately tied to the labor time involved in mining and cutting them--sales in real diamonds have continued to far eclipse the market in Zirconia diamonds.  That's because there is more to commodities than their price:  there is the whole realm of culture, which attaches itself to the commodity even before it enters the marketplace.

The faux fur industry provides another cautionary tale for Clean Meat enthusiasts.  While clothiers have been producing faux fur products for over a century, faux fur really took off in the 1980s, partly in response to the anti-fur campaigns of animal rights groups like PETA, which succeeded (temporarily) in tarnishing the fur industry's reputation by exposing the public to the violence and suffering involved in fur's production.  The technology for producing extremely realistic faux fur products has since grown by leaps and bounds, so much so that there are some fake furs are now nearly indistinguishable from real ones.  Nonetheless, the availability of high-quality faux furs has not hurt the market in real fur.  On the contrary, real furs have staged a spectacular comeback, particularly as companies like Canada Goose have skillfully woven fur trim into their popular lines.  Since 2004, sales of US mink pelts alone have increased nearly 40%; and between 2002 and 2012, world fur sales increased by an estimated 44%, to more than $16 billion.[1] (Those unfamiliar with the horrific suffering and barbaric cruelty inflicted on animals in the fur industry need to watch Jenny Stein and James LaVeck's film, The Witness.)

In short, people continue to prefer real animal furs even though there are excellent, cheaper synthetic alternatives available, including high-quality products that are virtually indistinguishable from the "real" ones.  Why is this?  First, because real fur is considered a higher status commodity, associated with luxury and class advantage; second, real fur is associated with authenticity (as opposed to fake fur, made from synthetics, which is seen as inauthentic); third, the public simply doesn't yet care enough about animals to consistently choose faux fur over fur obtained by killing a living being.

The example of fur vs. faux fur offers sobering lessons for the Clean Meat lobby.  Ironically, because it is the avowed strategy of CM proponents "to take ethics off the table for the consumer," the CM lobby may be undermining its own long-term prospects for replacing conventional animal agriculture products.  For if CM is to be marketed solely on the basis of health, taste, and price, then what reason will consumers have to seek out synthetic meat products at all?  Why, given the choice, won't they continue to privilege "real" meat over the synthesized variety?  Saying, "it'll be cheaper," as CM proponents say, is not a good enough answer.

At first glance, it may be hard to see how Tyson, say, is going to go about marketing both Clean Meat and CAFO meat.  Won't the marketing campaigns be at odds with one another?  Not at all.  Consider Maple Leaf Foods, the biggest meatpacker in Canada, which bought out Field Roast and Lightlife, two of the biggest vegan "meat" companies.  Even as Maple Leaf promotes and profits from Lightlife hot dogs and Field Roast burgers, it continues to make a killing (in this case, literally) by selling traditional items such as hams.  Selling different products using different strategies is the norm under consumer capitalism.  Car and truck manufacturers have a similar strategy:  the same company will manufacture a "green," fuel-efficient car to one market segment, while also selling SUV gas-guzzlers and light trucks to other segments.

But wait--surely consumers would notice the contradiction.  Don't they notice today that Ford, say, sells electric hybrids to ecologically-minded yuppies in Boston, but muscle trucks to rednecks in the rural South?  No, they don't.  And the reason they don't notice the contradiction is because the underlying marketing message is the same in both cases:  Buy and consume what you want as a way of reinforcing your identity and meeting your needs.  The world is biggest enough for both commodities:  it is not a question of consumers choosing one over the other.

The message of the animal advocacy movement, however, is quite different from the message of corporate America.  It is that animals matter.  And the CM lobby undermines that message both by commodifying animal cellular tissue and by reinforcing the selfish, amoral culture of consumer capitalism itself.  By promoting the idea of meat as an aesthetically pleasing and supposedly natural commodity, meanwhile, Clean Meat proponents are inevitably helping to sell all meat, thus perpetuating society's dependence on animal exploitation.  The real work ahead is therefore not technological but social and ethical.  No consumer market in history has ever led to the overcoming of an injustice or system of oppression.  Only social movements have done that.