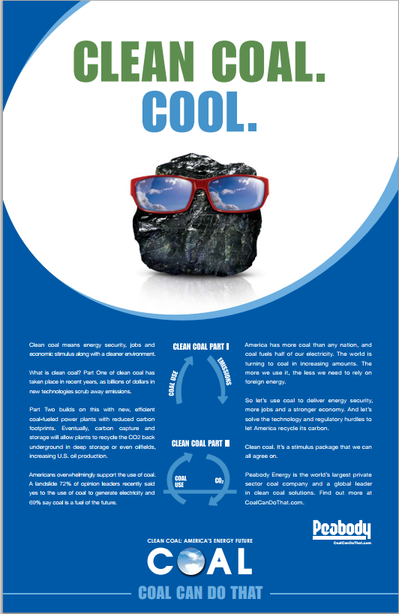 Recently, the biggest exploiters and killers of animals have taken over much of the global vegan foods market.  It's a counter-intuitive but winning corporate strategy for the meat, dairy, and egg industries.  First, the animal industry profits directly from sales of its vegan product lines, enabling it to expand its overall global reach.  Second, it adds a patina of environmental sustainability to a blood-soaked industry that kill tens of billions of animals each year, destroys planetary biodiversity, and is a major contributor to global warming.

Research shows that corporations can increase sales by marketing their products as "green," "sustainable," "compassionate," and so on, even if their products are ecologically destructive, cruel, or unethical.  On the one hand, we should be pleased that so many of our fellow citizens are so interested in doing the right thing that they actively seek  out products they deem ethical.  On the other hand, though, lack of meaningful regulatory control over corporate marketing has made consumers highly vulnerable to deceptive advertising campaigns by the most ruthless companies--including by Big Meat.

Over the last decade, the biggest agribusinesses have in fact proved highly adept students of the "humane" and locavore meat movements, skillfully deploying the rhetoric of sustainability and animal "care" to promote factory-farmed meat, dairy, and egg products.  We thus find Smithfield (now owned by the WH Group, of China, the largest killer of pigs on the planet) advertising itself as "The World's Leader in Animal Care," and Tyson boasting, of its "Animal Well-Being" program, "Every step of our animal welfare program promotes the health, safety and well-being of the animals."  Yes, that Tyson:  the world's largest killer of chickens, and the subject of numerous investigations by animal rights groups documenting the sickening violence and suffering that goes on behind-the-scenes.

The Clean Meat lobby is helping the worst killers of animals on the planet sanitize their public image and strengthen the future viability of their industry by inviting Big Meat get in on the ground floor of cellular meat production.  Meanwhile, these very same companies are consolidating and even expanding their factory farm operations.   Here's how Cargill, for example, has publicly justified its new investments in Clean Meat start-ups:  "We believe consumers will continue to choose meat as a protein source, and that is why we are focused on bringing it to their table as sustainably and cost-effectively as we can."  By "meat," the company means both "traditional," CAFO-produced flesh and new, cellular meat.  "Our traditional proteins, as well as new innovations like cultured meats, are both necessary to meet that [growing] demand."

When animal advocates praise meat companies like Cargill for their interest in vegan and Clean Meat products, it amounts to Robbing Peter to pay Paul.  In an Orwellian reversal, the very individuals and nonprofits which the animals have to depend upon to defend their interests are thus being turned into shills for their corporate exploiters.  Clean Meat proponents are doing especially great damage to animal advocacy by intentionally providing ideological and marketing cover for the world's leading agents of violence against animals.  Thus, Bruce Friedrich of the Good Food Institute has said:  "For the Good Food Institute...we have really good relationships with Tyson Foods, with Smithfield Foods, with Perdue, with huge chicken conglomerates and meat companies. It’s helpful to recognize that the people who run those companies want to do something noble. They want to feed the world high-quality protein — that’s their goal. The cruel treatment of animals is nobody’s motivation. It’s an ancillary effect of our food system." (Vox interview with Ezra Klein)."

But that's a lie.  The agribusiness giants do not "want to do something noble," and their goal is not "to feed the world high-quality protein," either.  Rather, what they want to do--and indeed are required to do, by law--is to earn profits for their shareholders.  And how they go about doing that is considered irrelevant to their bottom lines.  So if killing billions of animals is deemed to be the best way to bring in profits, then the Big Meat companies will kill them.  Make no mistake:  these are ruthless, earth-destroying corporations.  And if the people running them truly wanted to do something noble, they could resign their posts and hold a news conference, expressing remorse over their personal role in enabling the suffering and violent deaths of countless sensitive beings.

There are telling parallels between the strategic positioning of the meat industry vis-a-vis veganism and CM, on the one hand, and the response of the energy industry to both the alternative energy industry and the environmental movement, on the other.  For decades, the petroleum industry has been investing in alternative energy research as a way both to "greenwash" its business and to create the impression that it is seriously interested in replacing oil one day.  ExxonMobil, BP, Shell, and other rapacious companies have thus been investing modestly in clean energy for decades.  In 2018, for example, ExxonMobil announced that it was seeking to purchase up to 250 megawatts of electricity produced through wind or solar sources in Texas.  Meanwhile, just months earlier, the company had announced plans "to triple total daily production to more than 600,000 oil-equivalent barrels by 2025 from its operations in the Permian Basin in West Texas and New Mexico" (https://energi.news/usa/exxonmobil-permian-production-02feb18/).

British Petroleum, one of the largest multinational oil companies, has engaged in similar PR feints to convince the public that it is interested in ecological sustainability.   As James Ridgeway wrote in Mother Jones in 2010:   "For the last decade, BP has been busily engaged in a multi-million-dollar greenwashing campaign.  Changing its name from British Petroleum to BP, the company adopted a new slogan, 'Beyond Petroleum,' and began a 'rebranding' effort to depict itself as a public-spirited, environmentally sensitive, green energy enterprise, the very model of 21st century corporate responsibility."   Yet as Ridgeway went on to observe, negligence by this same "green" company led to the biggest marine oil spill in history that same year, when the Deep Horizon rig in the Gulf of Mexico caught on fire and sank, releasing five million barrels of crude oil and killing untold thousands of animals and polluting hundreds of miles of environmentally sensitive coastline.

The same pattern of public duplicity, a modern version of the old shell game, can be seen in the US coal industry's embrace of supposedly "green" technologies.  In response to the environmental concerns about coal in the 1960s and 1970s, the industry sought ways to reassure the public about the safety of its product.  The result was so-called "Clean Coal," a term which has been used through the years to describe a range of technological improvements that supposedly render coal environmentally friendly.  "Over time," according to the Center for Media and Democracy, "the meaning of the term 'clean coal' has repeatedly changed, leading to frequent confusion. A hundred years ago the term appeared in newspapers as a synonym for 'smokeless' anthracite coal. Today it is frequently used as a shorthand for processes that could allow coal to be used with near-zero greenhouse gas emissions. In the interim it has referred to measures that would reduce various pollutants such as sulfur dioxide and particulates."  https://www.sourcewatch.org/index.php/Clean_Coal

There are many other similar examples, from the nuclear energy industry, the firearms industry, other areas of corporate agribusiness, and so on, where the same cynical marketing and investment tactics have been successfully used to fend off critics who have taken on corporate malfeasance.  The meat, egg, and dairy industries did not invent these tactics, they are borrowing from a very old playbook.  The question is why animal welfare and animal rights advocates have suddenly placed their faith in these ruthless companies, claiming that they have "noble" intentions.